The rush for performance, and why it can't be quantified

In the sailplane industry, each new plane is delivered with a comprehensive user handbook comprising, among very many other things, a speed polar curve for the particular model in question. 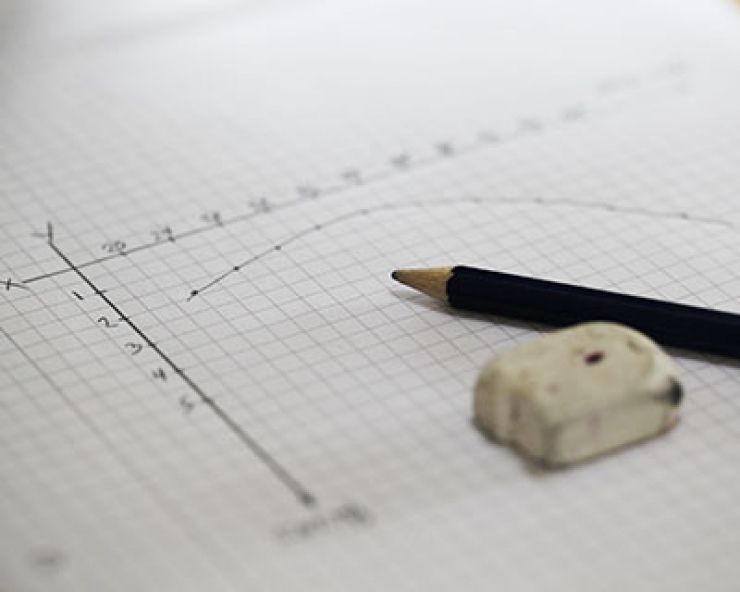 In paragliding there is no shortage of pilots calling for the same – on average we get one or two emails each week asking us to provide “the” speed polar curve for one model or the other. In each and every case the answer is the same; “sorry but no, there is no such thing, and there never will be”.

But why can't we just go out there and get the number crunchers crunchin' so that all the tech-savvy UP pilots out there can have the data they crave for their advanced electronics? The answer, as it turns out, isn't as straight-forward as it may seem.

To begin with, the paraglider is already out of shape right from the word “go”. The aerofoil which the designer chooses is the one sewn into the canopy as cell walls – but the cell walls are but an infinitesimal part of the whole wing, with the great majority of the wing being made up by the top and bottom surface panels, which are always billowing, and thus unpredictable, due to the soft nature of the paraglider canopy, and the extra pressure inside.

The actual billowing also means that the part of the canopy which we know the shape of, i.e. the cell walls, are recessed into de facto grooves made up by the billowing of the top and bottom surface panels around them. Down there, computer modelling of the air flow is not accurate – we have made several different simulations in which we have tried to model the billowing, and the results tend to vary wildly with just small variations in the amount of billowing that we add, meaning that not only are the simulations pretty inaccurate, the real-life values also change across the life span of the canopy, as the cloth ages.

This means that we have the rather paradoxical situation in which the parts of the aerofoil which we know well (the cell walls) are all but hidden territory in terms of air flow modelling and calculations, whereas the middle of the cells, where we can predict the airflow with some modicum of accuracy, are just about beyond accurate modelling in terms of actual inflated shape.

The more cells we add to the canopy design, the more accurately the inflated canopy corresponds to our desired aerofoil design – but more cells come at a premium in terms of manufacturing costs, weight and even post-collapse behaviour.

And all this was before we added turbulence to the equation. Paragliders, being “soft” aircraft made of cloth and inflated by an almost impossibly small pressure difference, aren't as susceptible to the laws of physics as other aircraft-making materials. As a paraglider moves through the air it is constantly being buffeted about, and each little movement deforms the aerofoil in infinite small and big ways. This means that the aerofoil which the designer intended for his new paraglider model is almost never the one that is actually flying through the air.

Much of the paraglider design process is aimed at reducing, or at least controlling, the amount of deformation of the aerofoil taking place when the paraglider flies through real air (and not through a computer-modelled laminar airflow on the computer screen). In UP wings, the internal reinforcement bands running spanwise along the A- and B-lines ensure that the canopy maintains its shape in the spanwise direction, while features like our mini-ribs (small ribs between the cell walls along the trailing edge) ensure that the trailing edge doesn't begin to curve and straighten as the internal pressure in- and decreases with changing angles of incidence. As an aside note, one of the benefits of the New Generation Aerofoil (NGA) we use on our performance wings is that it helps iron out these pressure changes in the canopy, making these canopies even less likely to suffer these trailing-edge shortening moments where the billowing of the cells in the trailing-edge region of the wing causes the trailing edge to become shorter, thereby changing the entire geometry of the canopy.

In some instances, the soft nature of the paraglider canopy can even be used to our advantage. An example is the leading edge area, which in lower-rated wings is actually designed to deform when the wing pitches forward, for instance on thermal exit. As it deforms it loses some of its aerodynamic efficiency and turns into an air brake more than an aerofoil, and this stops the wing from diving too far forward and perhaps collapsing.

But all these things are secondary to our initial concern, namely why we won't deliver accurate and usable performance data with our wings. Hopefully some of the technical challenges involved in generating such data using computer softwarehave now been outlined, but there is more:

Another way to collate data with at least some degree of accuracy, is to do lots of real-world flights in still air, and take lots of data point measurements. If a pilot is needing data for the final-glide calculator of their GPS-integrated variometer, this is the route we tend to recommend them to go. Basically, you take off from a high launch on a cloudy early morning with no wind, and compile a table where sink rates are marked as functions of glide speed. The more data points collated in this way, the more accurate the resulting speed polar* will be – FOR YOUR PARTICULAR WING/HARNESS CONFIGURATION, AND AT THE ALTITUDE WHERE YOU HAVE COLLATED THE DATA! The data is all but unusable for a friend flying the same wing with a different harness, or with the harness set up differently, and it is significantly different to a data set collated with the same rig but at different altitudes – this is one reason why we don't use this method to say anything absolute about our gliders' performance numbers, as the data gleaned is really only relevant for the particular wing we're measuring, at the altitude where the data was collated.

A paraglider model typically has a life span of two to four years. Any manufacturer trying to please the market by publishing performance data will very soon run into the problem that the market expects each new model to have significantly improved performance compared to the predecessor – something in the range of 0.5 on the L/D scale is probably expected, only it is very far from being realistic to reach such increases every two to four years. So within just 10-15 years such a manufacturer would be publishing WILDLY optimistic/inaccurate numbers, to the detriment of the overall credibility of the whole industry in general, and the affected manufacturer in particular. The manufacturer would be running on borrowed time since the market eventually will call the bluff, and then things could be anything from mildly embarrassing to very expensive. But due to the nature of paraglider design, a new model can be a huge step up in real-world performance without it showing on any computer-modelled or measured data graph, because it may be both safer and easier to fly in turbulence as well as better at converting energy from turbulence into altitude, and better at exploiting, say, weak lift. Such things can and will never be objectively measurable, yet experienced pilots will notice them shortly after takeoff and be able to exploit them far more than anyone has ever gotten out of an imaginary 0.5 increase in calculated glide ratio.

As you will have seen, there are many good reasons to NOT publish any absolute performance numbers; if you do them scientifically, i.e. with computer simulations they will be based on things that are not readily modelled, if you do them with real-life measurements they'll only be relevant for the particular wing/harness configuration you're testing, and either way they're wildly inaccurate. They will also lead to customer-confidence problems – so we don't publish them. Simple really. We'd also like to reiterate the oft-stated truth that if you want to know a paraglider there's just no way around actually flying it, and comparing it to the wings flying around you - we know of many pilots who have been severely surprised by our wings' ability to keep up with, or outperform, significantly higher-rated wings from our competitors...**

*) A curve in a coordinate system where the horisontal speed is marked out the X-axis and the sink values are marked down the Y-axis. See the image at the top of this article.
**) I specifically remember a very long final glide in Pedro Bernardo a few years ago - I was on the Summit XC3, and another pilot was on a VERY well-known current EN D wing. Our glide was identical, and I beat him into goal ;-)