A number of our new gliders have already showed up in the data banks of the DHV, so that you may go and have a look at the certification reports. It is all very soothing reading, with all of the new wings attaining the expected ratings, or faring even better than expected. 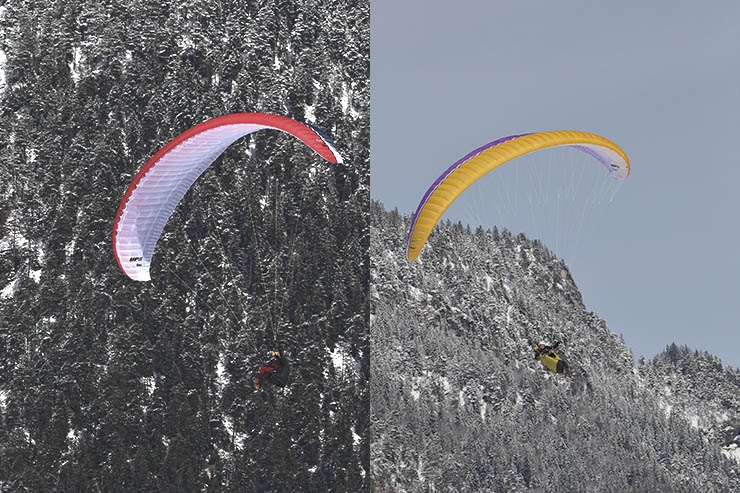 The recently certified and published gliders are, in order of their appearance on the list over at www.dhv.de, the UP Kibo M (EN B), and the UP Makalu M, UP Makalu 4 L and UP Makalu 4 SM. The Kibo L is also done but not published yet, and the Kibo SM should be going through the certification flights as this is being written.

The first batch of Kibo M have already arrived at the UP HQ and have gone out to the early-bird preorder customers, meaning we should begin to see independent flight reports for this wing in the coming weeks. For us here at UP that's almost the most exciting part of the whole adventure; will the pilots love our new babies as much as we do??

The Kibo L and SM will be shipping from mid-April, and Kibo S follows alongside the Makalu 4 XS in early summer.