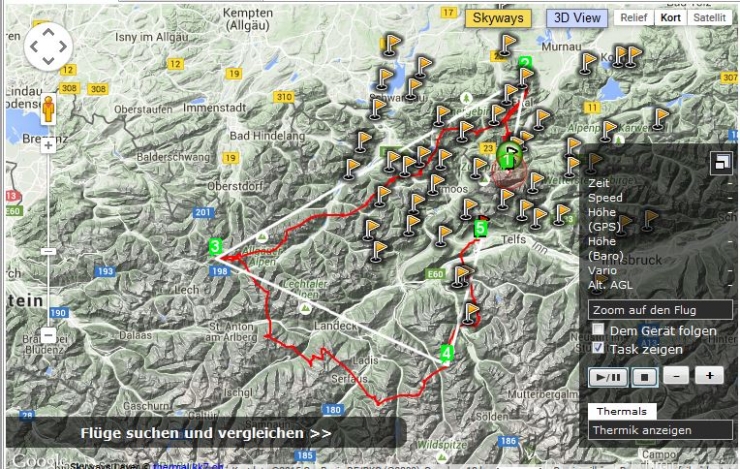 Heribert launched just before 10AM and landen ten hours later, after flying an FAI triangle scoring a whopping 360 points. Click here to see the details of Heriberts flight.

Brigitte launched a few minutes earlier, and landed 9½ hours later, way up in the Ötztal in Austria (famous for the Iceman - a stone-age mummy found high up in the pass leading to Italy, perfectly freeze-dried). Brigittes flight scores an impressive 345 points. Check it out here, then send both of them a big thumbs-up on Facebook ;-)