Just over a week ago the first Summit XC3 wings started to show up on dealer doorsteps around the world. It is no secret that we're more excited about this new wing than we have been about a new wing in a long time; it replaces the EN C Summit XC2, but it has been certified EN B in all sizes, even though the overall performance places it firmly in the upper end of the C category. 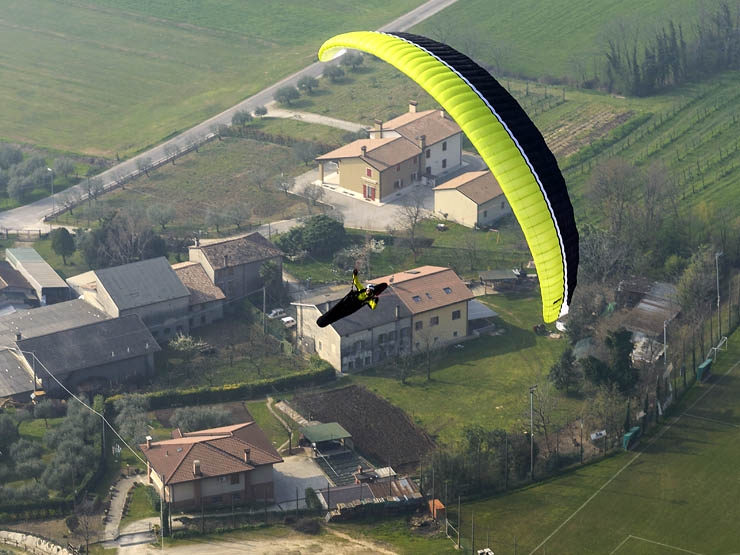 There's been a lot of talk about this trend towards shoehorning wings unsuited for the class into lower classes, but let us make one thing very clear: At UP, we don't believe in shoehorning. The glider is an EN B because the independent testing authority tested it and classed it "B", not because we somehow coerced them into doing it against their better judgement (as if that would have been possible). Having said that, with the impressive top speed of 60km/h, getting big collapses at full speed will be a dynamic experience, and we recommend that new Summit XC3 owners approach the limits gradually and cautiously rather than hammerin' it at the first chance they get. Plenty of altitude, a clear mind and good reactions will make the experience a good one for everyone, not least your mates watching from a distance.

We asked some of the first people to fly the new wing about their experiences, here are a few quotes that you may like to read:

I'm quite happy to get these emails (you may even say that I solicit them), so if you've got one of the new wings, and have something to share, do send me an email.

The wing is now certified in S, M and L, and the whole introduction process is thus progressing according to plan. The first wings in S and L should be shipping by the end of this month, along with scores of M's going out the door as fast as we can pack and label the crates. This wing really is a winner...

The Summit XC3 was tested by ParaTest in Switzerland. At the moment, ParaTest is going through an EN accreditation process, something that hasn't been necessary before, and this has delayed the publishing of the testing results a little. Currently, wings being delivered to customers are marked as "Proto" as a consequence, in the next few days the accreditation will be concluded and we'll send out EN badges to all customers who have already taken possesion of their new wings.