Just like the rest of the free-flying world we have been glued to our screens since the X-Alps guys left Salzburg some 3 weeks ago. The event has never been "better" in that the weather cooperated for once, and it made for nail-biting live tracking along the way.

We had 3 pilots competing in the event. 2 of them made it to Monaco, one was only a few kilometres away when the race was stopped. That is a FANTASTIC ACCOMPLISHMENT by our guys! Of the 3, Ferdy van Schelven from Holland did best, in a mind-boggling 6th place Overall. Ferdy was already good in his last X-Alps race two years ago, but this time around he just kicked ass like a demon. In the last day-and-a-half he went from tenth place to sixth place, overtaking some pretty hardcore guys along the way.

In tenth place we had Toma Coconea from Romania. As usual Toma was physically and mentally incredibly strong, finishing the race with a 130km run (with a 10kg rucksack on his back...). Not very many people can do that sort of thing, let alone still look happy, but Toma does and looks almost relaxed about it too.

In 11th place, just a few km behind Toma, was Honza Rejmanek from USA/Czech Republic. Honza wasn't very happy about his own performance along the way, but in our books making it all the way to within spitting distance of Monaco can't be all that bad! Honza has been on the podium before, so he probably had expected better, but when you see the participants list for this years' event even 11th place is just awesome!

Well done to all three, we are so proud of you! And congratulations to the race winner, Chrigel Maurer from Switzerland, 3 victories in as many instalments is something of a feather in a Swiss hat!

Here's a shot of Ferdy taken just after he landed on the goal raft in Monaco, courtesy of Red Bull: 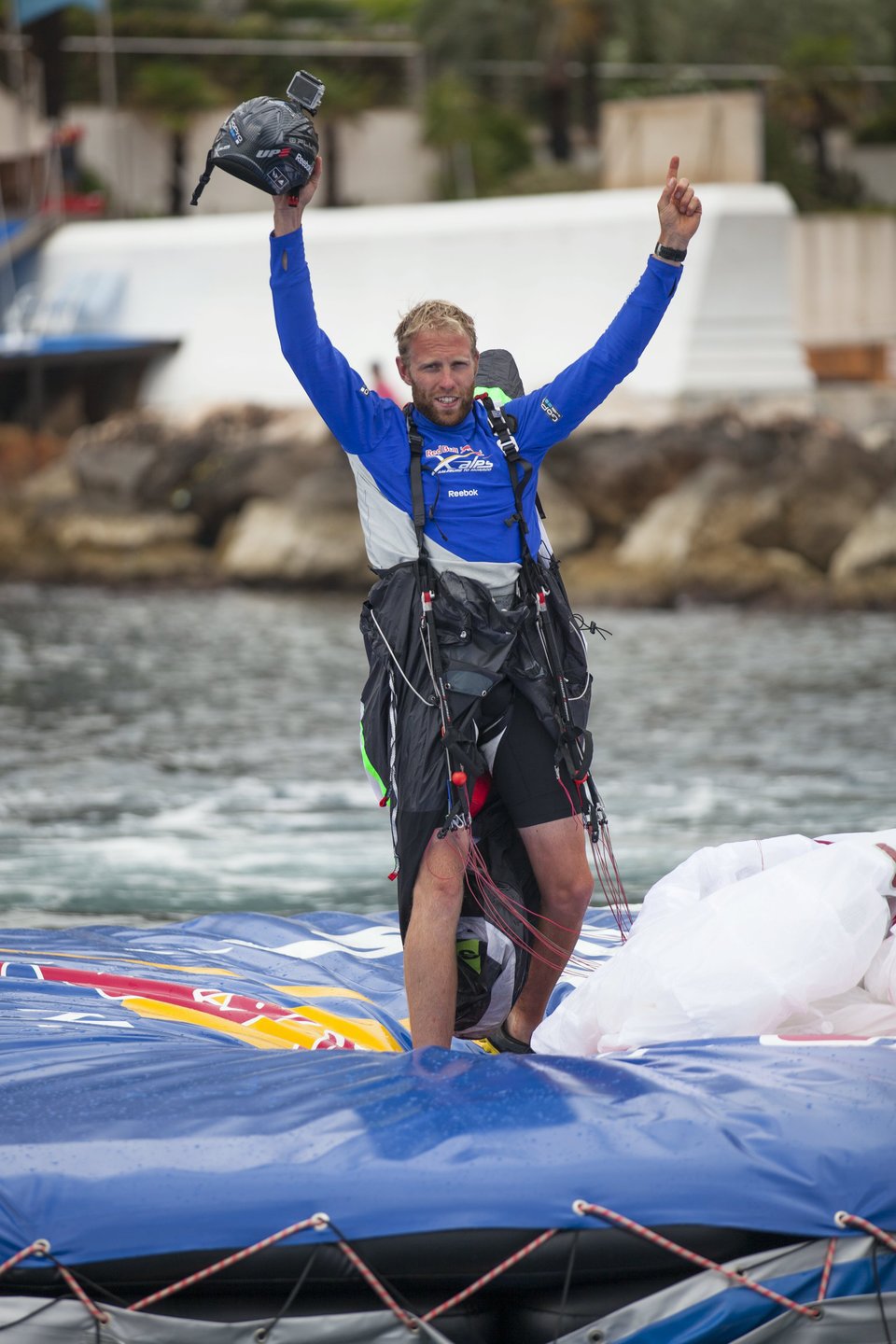