UP and the by now ubiquitous Red Bull X-Alps event are almost synonymous - we have been part of the event from the start, and UP pilots have been on the podium every time there's been an X-Alps event, except for the first year!

This time around we hope to see our athletes accomplish more of the same, and with the team we have that sounds like a reasonable wish to have... Here's the list: 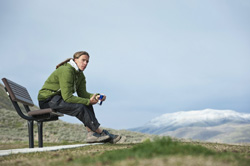 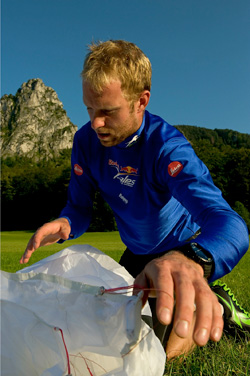 Image courtesy of Ferdy himself

These three extraordinary adventure racers will all be flying the UP Trango X-Light 2, a completely new wing purpose-built for the event. The wing is based on the Trango XC2 but in a lighter version, and since it has to be certified this time around in order to be allowed in the X-Alps (!) our R&D team are working round-the-clock to finish it and have it in the athletes' hands so they can train on the wings before the race commences.

The guys are already training hard, building up body endurance for what is before them, and getting as much air time as physical training and other duties allow. Toma, who has been training for the event in Nepal over the European winter, has stated that this year he'll be flying MUCH more than previous years, and that sounds like a healthy strategy, all in all. Honza on the contrary wants to focus on reading the maps better, and Ferdy has spent the winter in New Zealand vol biv'ing the southern Alps.

We look forward to following the guys all the way to Monaco! Stay tuned,