Dienstag, 05 März 2013
Toma is training for the X-Alps in Nepal and has been having some nice flying, judging from the images and words he has sent us: 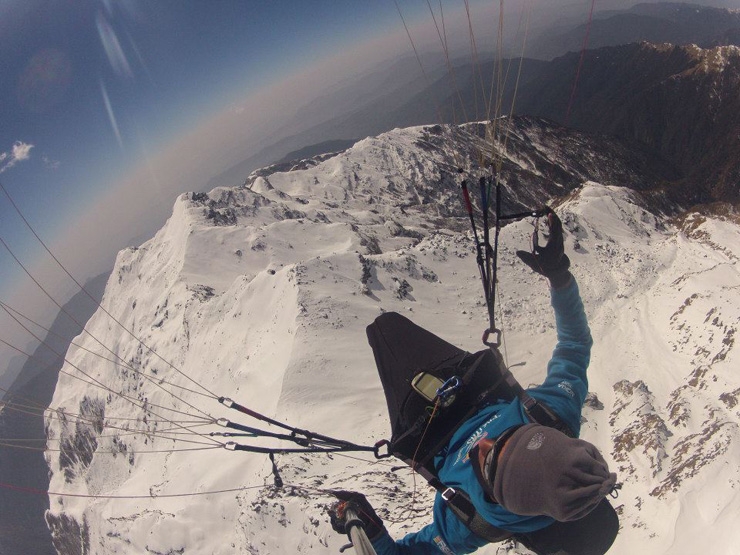 The day before yesterday Toma Coconea and Iamina Ilea flew from 1200m ASL take-off near Pokhara, Nepal and top landed on Korchon peak at 3200m ASL. Despite not having the right equipment they spent the night with a group of french mountaineers in the Korchon refuge, with the hope of good weather next day.

In the morning the weather was perfect. The first inversion was lower than their take-off point and they could use thermals and soaring to fly higher. 3 hours later they start circling in the are near Machapuchare peak (6993m). Toma succeed to soar up to 5400m ALS and Iamina to 5200m ASL. They flew back to to Pokhara. Total flight time was over 7 hours. Toma flew his X-Alps 2011 UP Proto.